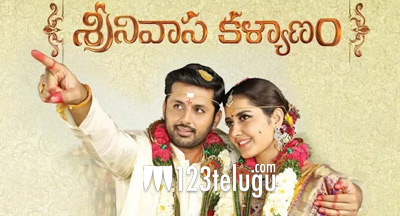 We all know that young hero Nithin is doing a film in the production of Dil Raju which has been titled Srinivasa Kalyanam. The shooting of this film is going on in full swing in Hyderabad.

The latest we hear is that the film will be released on the 24th of July in a grand manner. Sateesh Vigneysa is directing this film which is yet another interesting family drama.

Raashi Khanna plays the female lead in this film. Watch out this space for more updates on this project.