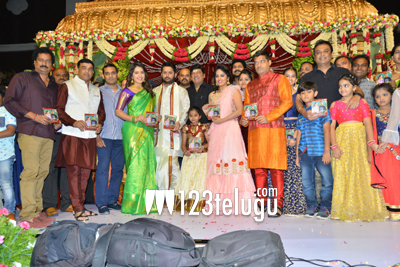 The audio launch event for Nithiin’s upcoming romantic family entertainer, Srinivasa Kalyanam, was held in style tonight. Mickey J Meyer is the film’s music composer. Speaking at the event, Nithiin had some good things to say about his experiences during the film’s shoot.

“For the past few years, my mother has been forcing me to get married, but I kept telling her that I am not in the right mood. That’s when director Sathish Vegesna narrated me Srinivasa Kalyanam’s script. Shooting for the movie has been quite challenging and memorable at the same time. Srinivasa Kalyanam will be a beautiful memory in my life,” said Nithiin.

Dil Raju is producing Srinivasa Kalyanam. Raashi Khanna and Nandita Swetha are the film’s leading ladies. The film will be released on August 9.