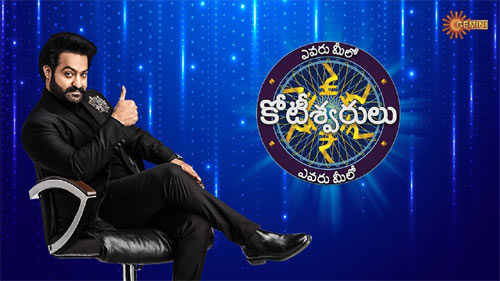 The stage is set for Jr NTR’s re-entry on the small screens. His upcoming small screen infotainment show, Evaru Meelo Koteeswarulu is set to premiere this month.

The final cut of the first few episodes is readied already an official announcement on the premieres date will be out very soon.

Earlier, it was said that the show might be premiering on 15th of this month. It remains to be seen if the show runners will stick to this date or plan an alternative one.

Ram Charan will be Jr NTR’s first guest on the show and this pilot episode is expected to give Evaru Meelo Koteeswarulu a grand launch.