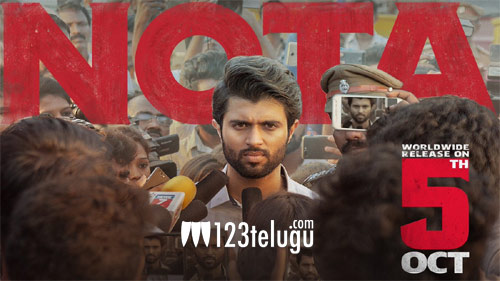 Yesterday, Vijay Devarakonda took to Twitter and requested his fans to choose a suitable release date for his film NOTA. The latest we hear is that the makers have confirmed October 5th as the release date.

This date was in the discussion for a long time and now the makers have confirmed it on an official note. NOTA is a bilingual film and will also release in Tamil on the same date.

Anand Shankar directs this film which has Mehrene as the female lead. Watch out this space for more updates on this project