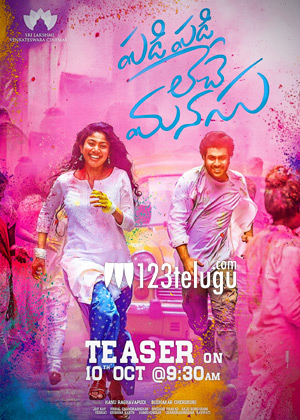 By now, everyone knows that Sharwanand is shooting for his new film titled Padi Padi Leche Manasu. The film’s shoot is nearing its completion and the latest we hear is that the teaser of the film will be out on the 10th of this month.

Sharwa plays a soccer player in this film which is being directed by Hanu Raghavapudi. Sai Pallavi is playing the female lead and sources close to us reveal that the film has turned out quite well and will attract the youth in a big way.

Prasad Chukkapalli and Sudhakar Cherukuri are producing this film which is slated for release on December 21.