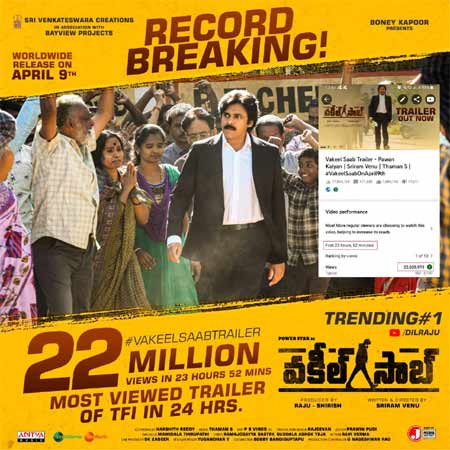 Vakeel Saab is a film that many are waiting for eagerly. The film is done with its shoot and the post-production is in full swing as the film nears its release on April 9th.

The trailer was launched yesterday and there are record views for it already. The latest update is that the film’s trailer has got 1 million likes in no time making it the most liked trailer for Telugu films.

This shows how much the trailer was being awaited. Also, the trailer has crossed 22 million views in one day and is still trending on social media.

Venu Sriram directs this film which has music by Thaman. Prakash Raj plays a key role.