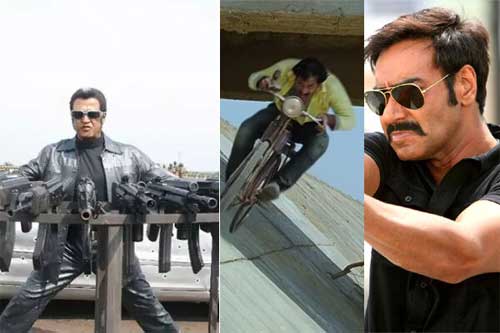 Black Eyes Peas is a renowned American musical group consisting of Rappers Will I Am, Apl.De.Ap, and Taboo. They have given some big hits in the past and now they are in the news once again.

They have released a new music video called ‘Action’ which has gone viral all over and especially in India. The music video is made through Deep Fake technology and showcases action-filled scenes from several Indian films and the band’s lead rapper, Will I Am enacts these scenes.

This song has really impressed many and with the likes of AR Rahman saying “The borders are blurring through art”, things have gone to another level.

Finally, in the video description, The Black Eyed Peas say that they have been inspired by Indian culture from the beginning of their career. From Asha Bhosle to A.R Rahman, Indian music has influenced them and this video shows their love and appreciation for Bollywood.