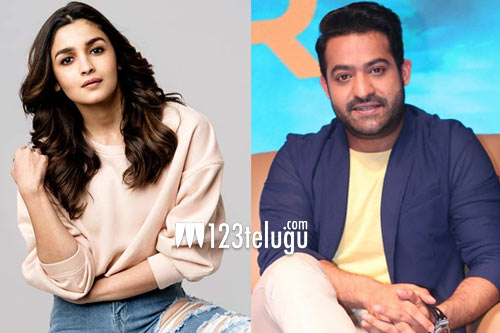 Alia Bhatt is one of the most talented and popular heroines in Bollywood. Alia is making her Tollywood debut with NTR and Ram Charan’s highly-anticipated multi-starrer, RRR. In the movie, Alia will be seen as Sita, the love interest of Alluri Sitharamaraju, played by Ram Charan.

Now, the latest buzz in film circles reveals that Alia Bhatt is in talks for NTR’s next film which will be helmed by star director Koratala Siva. Apparently, Siva recently met Alia and narrated the script, and Alia was more than impressed with her character in the movie. However, she is yet to sign on the dotted line as she is still working on her dates.

An official announcement regarding Alia being part of the film can be expected if and when the actress signs the project. This as-yet-untitled film will be made on a pan-India scale. NTR’s brother Kalyan Ram and Koratala Siva’s friend Mikkilineni Sudhakar are jointly bankrolling the project.