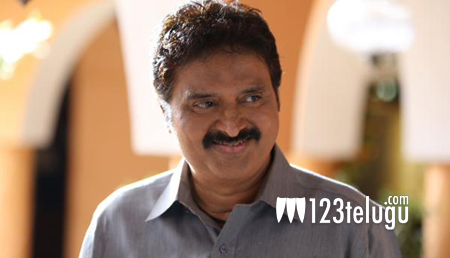 Good news for all the fans of star comedian Sudhakar. The senior actor, who enthralled his fans with his typical dialogue delivery and funny histrionics for several decades, is finally making his comeback to Telugu films with Raam Shankar’s latest film, Vaadu Nenu Kadu.

Sudhakar reined the Telugu silver screen with several of his rib-tickling acts in films like Alludu Garu, Little Soldiers, Pawan Kalyan’s 2001 blockbuster Kushi etc and even the prestigious Nandi Awards for Best Comedian for the film Snehithulu and Subhakankshalu.

The senior actor has been away from the arc lights due to ill health and he is finally donning the grease paint with full vigour after several years. Let us hope that he repeats his magic once again and put a smile on his fans and humour lovers.