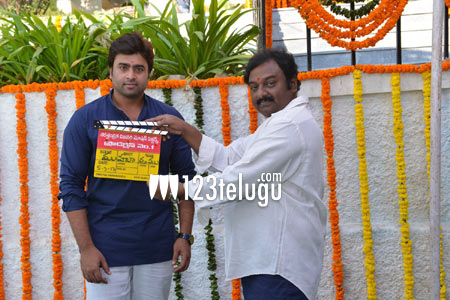 Star director VV Vinayak flagged off Nara Rohith’s new movie this morning. VV Vinayak gave the first clap on the young hero. For the first time in his career, Nara Rohith is trying out an out and out action entertainer with this film.

This as-yet-untitled film has Regina Cassandra playing the female lead. Regina’s character will be tomboyish in nature. This film will also feature former heroine Ramya Krishna in a crucial role.

Saraschandrikaa Visionary Motion Pictures banner is bankrolling this movie and debutant Pavan Mallela is directing it.