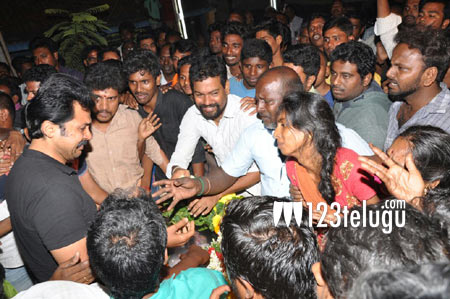 Shattered with Jeevan’s shocking demise, Karthi attended his funeral this morning. The actor was unable to control his emotions and broke into tears. Jeevan got married only three months back. Along with Jeevan, two other youngsters were severely injured in the accident.