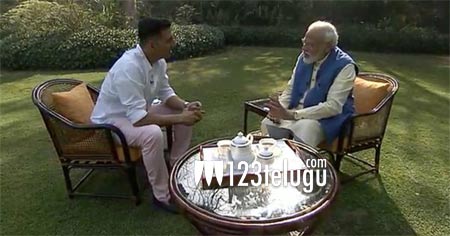 The election season is in full swing and the entire country is eagerly waiting to see which party will come into power in Delhi. Modi, on his behalf, is trying everything to get back in the game.

On the other hand, Rahul Gandhi and his family are trying their bit to dethrone Modi and BJP. Meanwhile, Modi played a masterstroke as he released glimpses of an interview today.

What’s special in this interview is that Bollywood superstar, Akshay Kumar is shown interviewing Modi and is representing the people of the country.