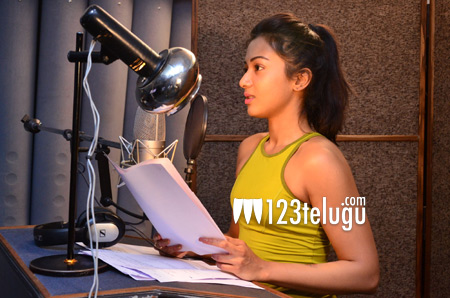 It is a known fact that Catherine Tresa is playing the second lead in Sampath Nandi’s Gautam Nanda. The film has been wrapped up and currently, the post-production formalities are in full swing.

The latest news is that Catherine has dubbed for herself in the film. This is a great feat as leading actresses hardly dub for their films. Sources reveal that it was Sampath Nandi’s idea to make Catherine dub for her voice.

Gopichand will be seen in a completely new look in this film which will be out soon.