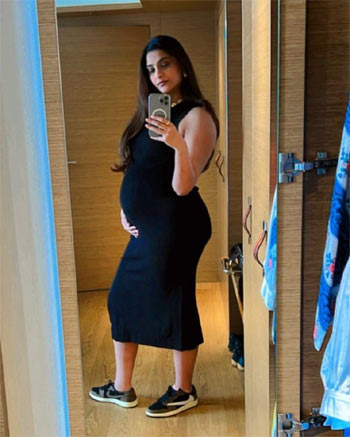 Sonam Kapoor is one of the top heroines in Hindi cinema. Ever since she got married, Sonam has moved to London and has started her own garment business there.

A few weeks back, Sonam announced her pregnancy and now has revealed a snap where she is showcasing her heavy baby bump. Sonam looks cute in a mirror selfie.

Sonam’s husband Anand Ahuja has also posted a few pictures of Sonam who is due in July. For now, these pictures of her have gone viral on social media.