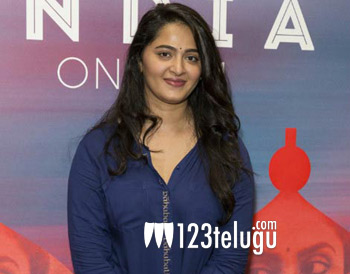 It is very rare that you get to see star heroine Anushka Shetty talking high about a film. But the talented beauty has made an exception for the latest sensation Arjun Reddy.

After seeing a special screening of the film, Anushka was very excited and spoke highly about the film on her Face book account. The actress posted “Arjun reddy a MUST watch😍 …… genuine … hearty congrats to the entire team every single u .. of you the producer … director sundeep reddy vanga… vijay devarakonda… Shalini Pandey ..rahul ramakrishna ,and the entire cast …..Thank You ..”

Right from the day of the release, Arjun Reddy has been impressing many in the industry and is still going strong in its second week. Anushka will next be seen in Bhagmati a horror thriller made by UV Creations.