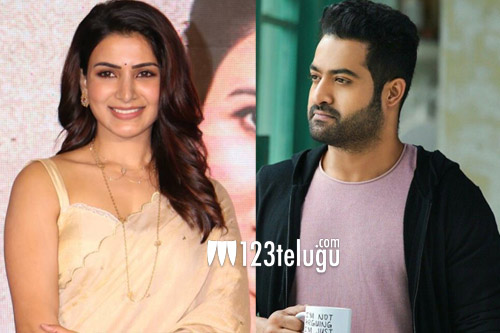 Ever since the makers of Aravindha Sametha actor-director duo, NTR and Trivikram, made the official announcement regarding their next outing a few days ago, there have been several speculations about the film’s leading lady. Names of popular actresses like Pooja Hegde and Rashmika Mandanna did the rounds as NTR’s love interest in the movie.

But the latest reports reveal that it’s star heroine Samantha who has bagged the female lead’s part in the NTR-Trivikram film. Apparently, an official statement will be made by the makers in this regard. Samantha had earlier worked with both NTR and Trivikram and gave blockbusters with both. Well, let’s wait for the formal announcement.