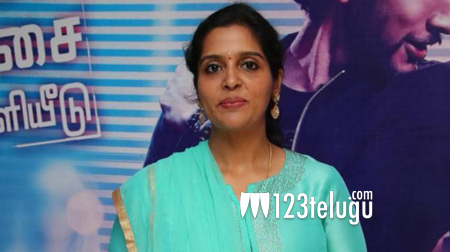 We all know that Regina is doing a film called Mr. Chandramouli in Tamil. The film’s audio was launched today in Chennai and the entire unit came for the event which was held in a grand way.

What’s more interesting is that Suriya’s sister, Brinda makes her debut with this film. She has lent her voice for a song in this film which will have yesteryear hero Karthik sharing screen space with his son Gautam Karthik.

Brindha has sung the title track of the film, which has been composed by CS Sam and penned by Vithya Damodharan. It is indeed a proud moment for Suriya and his brother Karthik as yet another talented singer has entered the industry.