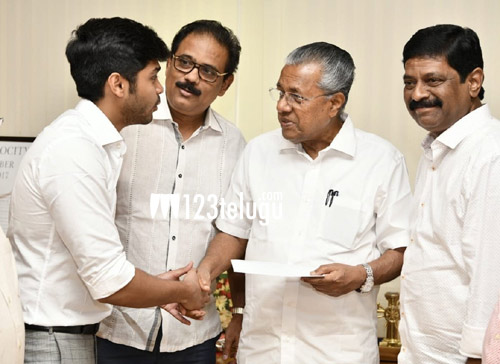 In a touching gesture, Dhruv today met Kerala Chief Minister Pinarayi Vijayan and handed over a cheque as his contribution for the Kerala flood relief activities. Apparently, Dhruv has donated the entire remuneration he received for his debut film.

After Varma’s release, Dhruv will be flying to the US to pursue higher studies in filmmaking.