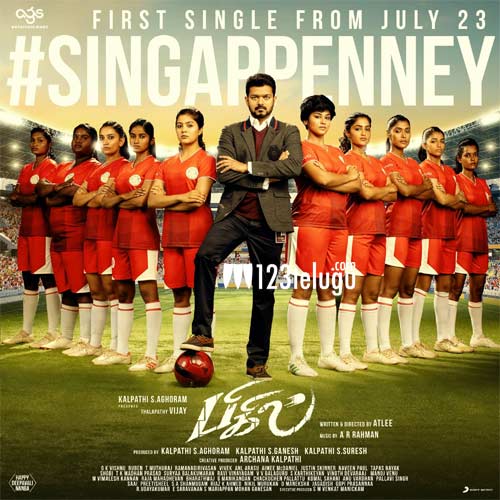 Vijay and Nayanthara’s sports-gangster drama, Bigil, is gearing up for a humongous release across the world on October 25. The film’s action-packed theatrical trailer offered a few glimpses of some of the spectacular VFX imagery the film has to offer.

Interestingly, Bollywood star Ajay Devgn’s VFX company VFXWala single-handedly worked on Bigil’s VFX. In a stunning feat, VFXWala had worked on nearly 3,100 VFX shots in the movie. This is a record for any Indian movie in terms of the highest number of shots with visual effects.

Bigil, directed by Atlee, has been produced under AGS Entertainment banner. The film is releasing in Telugu as Whistle. AR Rahman has composed the soundtrack for the movie.