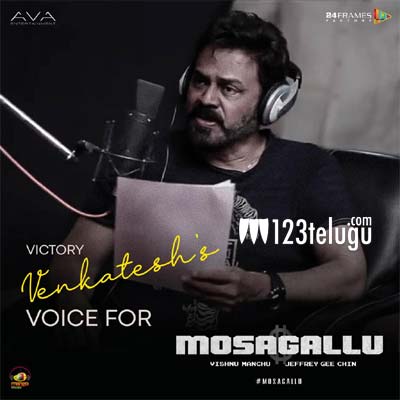 It is a known fact Vishnu Manchu is doing a film called Mosagallu along with Kajal as his sister. The film is based on one of the biggest IT scams and is being made on a realistic note.

The latest update is that none other than Victory Venkatesh has given a voice over for this film. The film is also being promoted a lot and there is a decent buzz that has been created.

Very soon, the makers are planning to release a small teaser of the film. The release date of the film will soon be announced is the news with a special promotional technique.