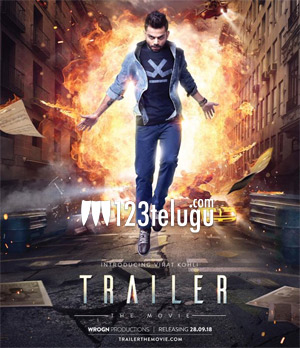 Star Indian cricketer Virat Kohli, who has just been honored by the Indian government with the prestigious Rajiv Khel Ratna award, is all set to make his debut as an actor. However, Virat’s debut film will be a short film and not a liability

This afternoon, much to the surprise of millions of his fans, Virat took to Twitter and revealed the first look poster of his maiden film, Trailer. The film will be released on the 28th of September. Wrogn Productions banner will be bankrolling this.