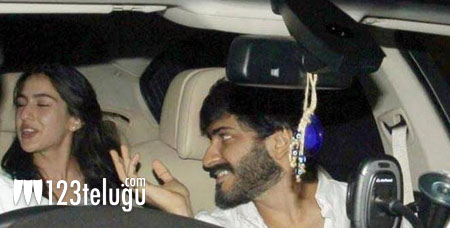 Bollywood is a place where anything can happen overnight. Relationships are made and broken every single day and the latest couple that has caught the imagination of many are Anil Kapoor’s son Harsh Kapoor and Saif Ali Khan’s daughter Sara Khan.

Reports suggest that these love birds are seeing each other currently and are being spotted in many hangouts in Mumbai. This news has caught the imagination of many and has become a hot topic in Mumbai.

While Harsh Kapoor has already finished his second film, Sara will soon make her debut opposite Sushanth Singh Rajput.