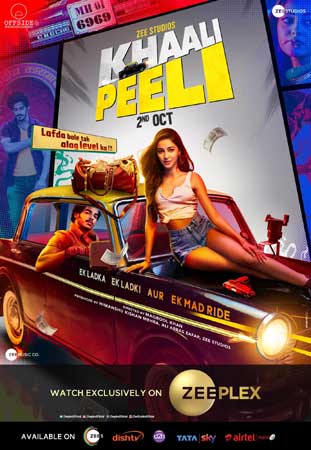 Reportedly, noted digital platform, Zee Plex, an extension of ZEE5 has acquired the rights. Meanwhile, the latest news is that Kaali Peeli is going to be the first pay-per-view film in Bollywood.

The film will be premiering on October 2, 2020, on the streaming channel and will also be available no ZEE5 simultaneously.

Kaali Peeli is directed by Maqbool Khan and produced by Himanshu Kishan Mehra in association with Zee Studios.