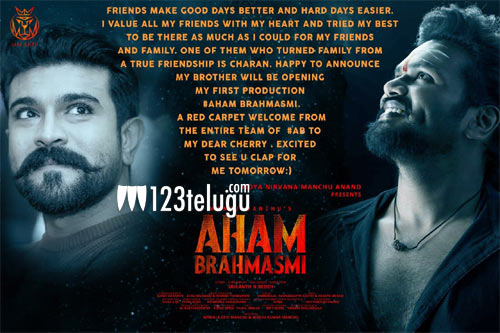 The first look of Manchu Manoj’s new film Aham Brahmasmi created a good buzz all over from the last two days. Manoj was seen in an aggressive role.

The news now is that the film will be launched tomorrow in Hyderabad and none other than Ram Charan will be coming in as the chief guest.

The film will kick start its regular shoot and will be out as a Pan-India film. Manoj himself and Nirmala Devi produce this film that will be directed by Srikanth Reddy.