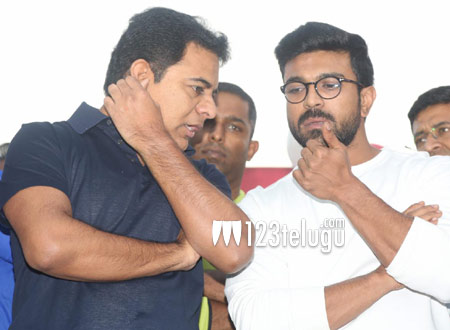 It is already known that Dhruva’s pre-release function will be held in Hyderabad on the 4th of December. The latest update reveals that Telangana minister, KTR will be preceding the event as the chief guest.

Rakul Preet is cast as the female lead in this film which has music by Hip Hop Thamiza.