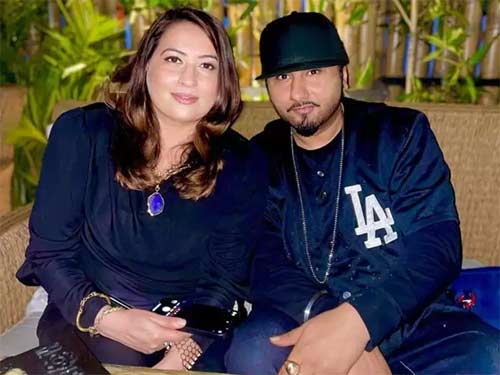 Popular rapper Yo Yo Honey Singh’s (Hirdesh Singh) wife Shalini Talwar has filed a domestic violence case against him at the Tis Hazari Court in Delhi. The court has issued a notice to Honey Singh seeking his response over his wife’s allegations by August 28th.

According to the media reports, Shalini Talwar has filed the case under the Protection of Women from Domestic Violence Act. She also made allegations against Honey Singh’s parents of physical and emotional abuse. Shalini has also alleged that Honey Singh became “rude, brash, aggressive, contemptuous and disrespectful” apart from hiding his marital status and being unfaithful. Honey Singh and Shalini tied the knot in 2011.

The rapper recently collaborated with Bollywood actress Nusharat Bharucha on the song ‘Saiyyan Ji’ and also featured in the ‘Shor Machega’ song in Mumbai Saga.