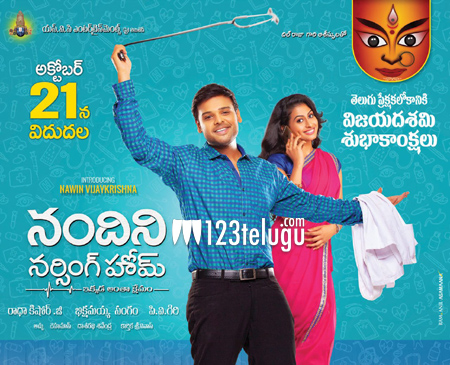 The production house has announced that Nandini Nursing Home will be released on the 21st of October. This movie has been directed by PV Giri and produced by Radha Kishore and Bikshamaiah. Nithya and Shravya are the female leads in this movie.

Kalyanram’s ISM is also releasing on the same day and it will be interesting to see how the debut hero will withstand the competition.