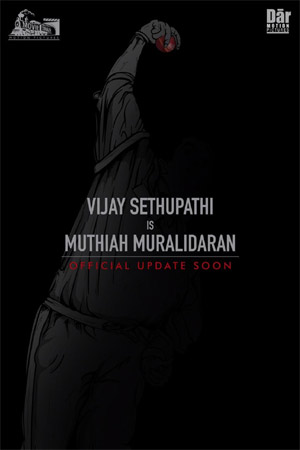 Biopics are the flavor of the season and none other than Vijay Sethupathi has joined the bandwagon now. The latest news to break out is that Vijay Sethupathi will be doing a sensational biopic now on a star cricketer’s life.

The update is that Vijay will be reprising the role of legendary cricketer Muthiah Muralidharan very soon. The film will be directed by Sripathy and will also release in Telugu.

Produced by Movie Train Motion Pictures and Dar Motion Pictures, this will showcase the life of the controversial Sri Lankan cricketer who is the highest test wicket-taker in the world.