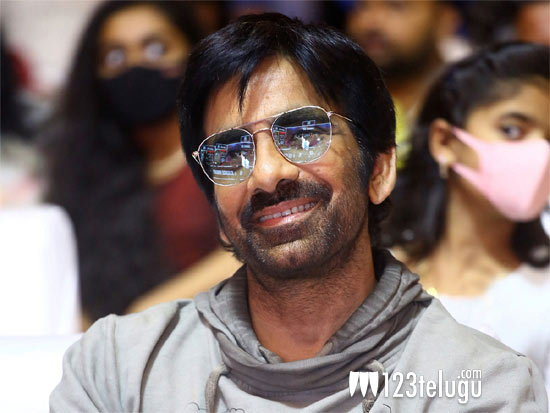 Mass Maharaja Ravi Teja will be next seen in the direction of Trinadharao Nakkina. Titled Dhamaka, the mass action flick will be out in theatres on December 23rd. Recently the team upped the excitement by commencing full-fledged promotions both online and offline. The songs and teaser have thoroughly impressed.

The star actor conducted a Q&A session this morning with fans in which he was asked many questions about his next release Dhamaka. The actor assured that Dhamaka would have a high dosage of commercial aspects with his signature comedy timing and mass steps which fans expect from him.

He instilled confidence in fans who felt entertainment was missing in his recent films. He added that his favorite song from the movie is Jinthaak and simply said that the film would create a huge eruption in theatres. So it looks like Ravi Teja is very confident about the output.