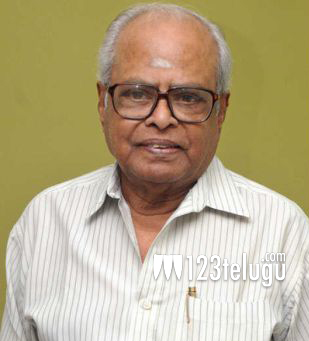 The entire south Indian film fraternity bid a tearful goodbye to the legendary director K Balachander as he was laid to rest yesterday in Chennai. Leaving many of his admirers’ heartbroken, the master auteur breathed his last at a Chennai hospital two days ago. All the stars that were introduced by KB were present at his funeral and reminisced about their association with the master.

Several stars including Superstar Rajinikanth and Kamal Haasan, whom Balachander introduced, addressed the media in a state of utter grief. Prakash Raj, who is yet another Balachander’s discovery, was inconsolable when the legend was taken on his final journey. Several celebrities including Mani Ratnam, AR Rahman, Vijay, Prabhu, Sarath Kumar etc paid their last respects, while Kamal Haasan could not make it to his mentor’s funeral since he was in the US.