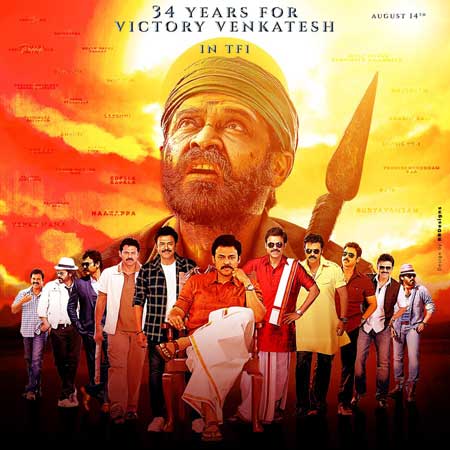 Hero Victory Venkatesh made his silver screen debut with Kaliyuga Pandavulu back in 1986. The film will celebrate its 34th anniversary on August 14. On this occasion, the Twitter handle of Suresh Productions, Venky’s home banner that produced his debut film, released a striking poster featuring some of Venky’s iconic characters, including his character from the upcoming film Narappa.

Kaliyuga Pandavulu was produced by Venky’s father and legendary producer D Ramanaidu. The film was directed by K Raghavendra Rao and it also starred Khushboo as Venky’s leading lady. The film was a huge blockbuster at the box-office and there has been no looking back for the actor since then.