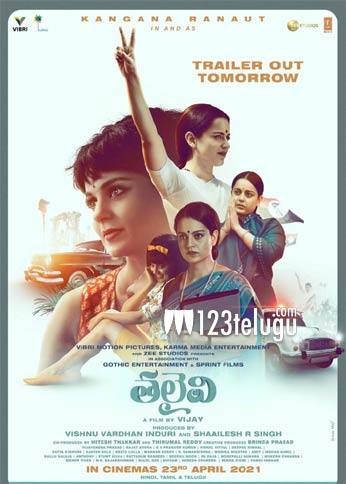 Thalaivi is a film that many are waiting for eagerly. The film stars Kangana Ranaut as the female lead and is based on the life of Jayalalitha and how she made it big in politics.

The latest update is that the trailer of the film will be out tomorrow. Directed by A. L. Vijay, Thalaivi also traces the life events of J Jayalalithaa along with the humungous contribution of MGR in her journey.

South Indian Star Arvind Swami is all set to do the role of MGR in this film that also has Poorna in a key role. Produced by Vishnu Vardhan Induri and Shaailesh R Singh, this film will be out soon