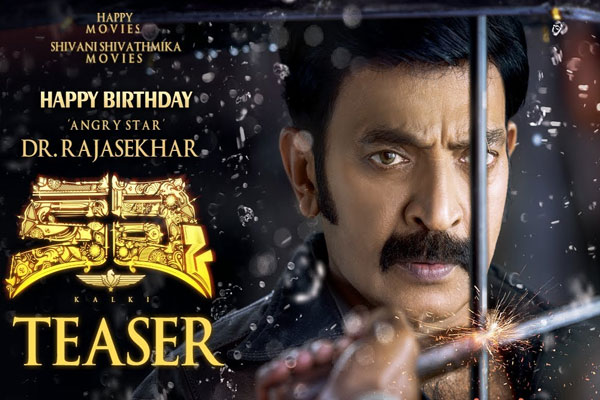 On the occasion of senior hero Rajashekar’s birthday, the makers of the actor’s ongoing period investigative thriller, Kalki, have just released the film’s teaser. The teaser is all of just 30 seconds, but it’s loaded with stylish visuals and a blazing background score as Rajashekar fights the baddies in the rain.

Adah Sharma, Nanditha Swetha and Scarlett Mellish Wilson are the film’s leading ladies. C Kalyan is producing the film. Rajashekar’s daughters Shivani and Shivathmika are presenting the film. Shravan Bharadwaj is the music composer for Kalki.