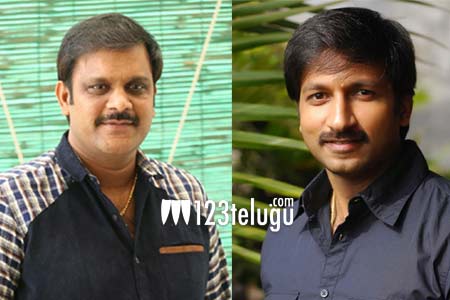 Actor Gopichand and director Sriwass together gave two hit films with Lakshyam and Loukyam in the past. In fact, the decent success of Soukhyam gave a good mileage to the actor and the director as they went on to sign plum projects after its release.

In his latest media interaction, Sriwass confirmed that his next film will once again be with Gopichand. The director also said that there will be huge expectations on their third outing and that he has readied a solid subject which will meet those expectations.

Sriwass further said that the film will be launched soon. Gopichand is currently shooting for a high budget action entertainer titled ‘Oxygen’.