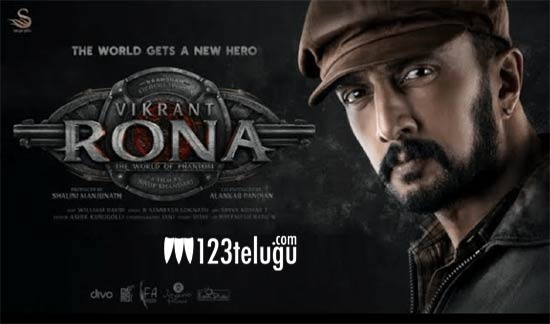 Sandalwood star Sudeep’s upcoming action thriller, Vikrant Rona, is being eagerly awaited by his fans since last year. The film’s shooting was wrapped up already and the post-production formalities are underway at the moment. Meanwhile, Vikrant Rona’s makers have announced that the film is going to hit screens on August 19.

Vikrant Rona had created a unique world record by getting it’s title logo and a 3 minute long sneak peek released on Burj Khalifa, Dubai. The film will also have a simultaneous release in 3D format. Anup Bhandari is the director while Manjunath Gowda is the producer. Shraddha Srinath is the female lead in the movie.