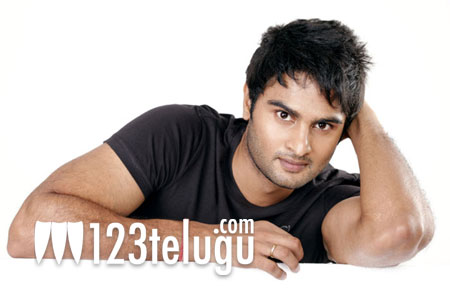 Sudheer Babu is slowly but surely making the right moves to build his career in Telugu cinema. He made his debut last year with SMS and this year, he’ll be seen in Premakatha Chitram, which is being directed by J Prabhakar Reddy and Maruthi is supervising the film’s shooting. Now, Sudheer Babu has announced details about his next film. RK, a former associate of S S Rajamouli, is going to direct a film with Sudheer Babu in lead role and it has been titled as ‘Aadu Magaadu Ra Bujji’. Incidentally, the film’s title is a popular dialogue from Mahesh Babu’s Athadu. The film’s shooting will begin from March 20 and Sree is going to score the music.

Apart from this film, Sudheer Babu also has another project which will be directed by Munna, a former associate of Sukumar. Meanwhile, the principal shooting of Premakatha Chitrham is nearing completion and a song will be shot towards the end of the month. The audio will be launched on April 10 whereas the film is expected to release on May 10.