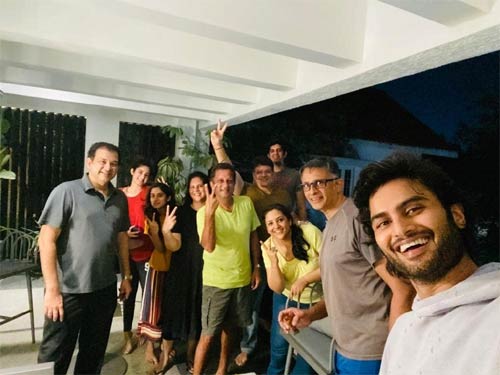 Hero Sudheer Babu’s role in the just released action thriller, V, has been getting a decent response from his fans. Sudheer underwent a terrific body transformation and made a solid impact in the film’s action sequences.

And Sudheer celebrated V’s release with his close friends and family members last night. He took to Instagram and shared a couple of pictures and a video of him opening a bottle of champagne and having a good time. Another brother-in-law of Mahesh Babu, Sanjay Swaroop, was also part of the celebrations.