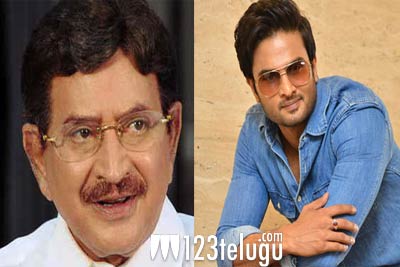 As today is Superstar Krishna’s birthday, the makers have unveiled a special dance video. Undoubtedly, Sudheer Babu is one of the greatest dancers in India and he fully utilized the opportunity to showcase his dancing skills. The hanging moves, hip and belly dances, and then finally the leg moments on the floor are a feast to eyes. Sudheer Babu simply set the dance floor on fire.

Goes shirtless, Sudheer Babu also flaunted his well-built body and six-pack abs. The track scored by Chaitan Bharadwaj is lively. This is a fitting tribute from Sudheer Babu for his Maama superstar Krishna on his birthday.

Billed to be an action entertainer with an innovative concept, the film stars some noted actors, wherein a top-notch technical team is working for it. Produced by Narayan Das K Narang and Puskur Ram Mohan Rao on Sree Venkateswara Cinemas LLP is a bilingual movie being made simultaneously in Telugu and Hindi languages.