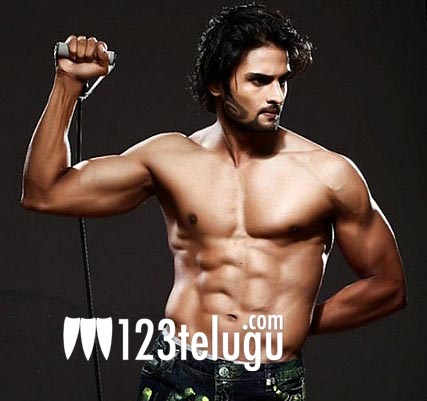 Sudheer Babu, who recently made his debut in SMS, is all set to sport six pack body for his upcoming action film. Vamsi Krishna Akella, who had earlier made Raksha, is going to direct Sudheer Babu’s next film and it’s touted to be a thorough action entertainer. Revealing more about his preparation for his role, Sudheer Babu tweeted, “Started training for my new movie. learning a lot of new skills for figths & dances. Hopefully I will learn without injuring myself. will be sporting a six pack body in this movie as the story demands,so started hitting the gym regularly.Unlike earlier where I built my body on my own with little knowledge,now I have prof people helping me out so very confident with d results.” Before he made his debut, his profile pictures already have him showing off his well-built body; however, this time he seems to have decided to build his body with the help of professionals. Ever since Sunil shocked everyone with his toned physique, young guns like Sudheer Babu seems to be quite inspired to impress the audience.