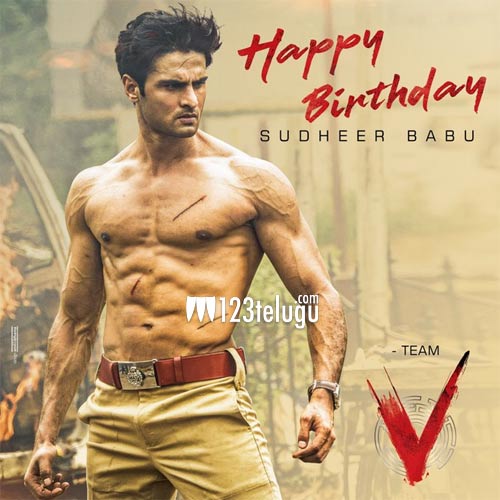 Sudheer Babu is a very talented actor and there is no denying that fact. He has done some very interesting films and will next be seen in an action film called V The movie.

As it is his birthday today, a striking new poster from the film V was released. Seen here in the picture is Sudheer with a six-pack body. This is from one of the scenes in the film say the unit members.

V is directed by Indraganti Mohanakrishna. As it is his birthday today, 123telugu wishes him a very happy birthday, and best of luck.