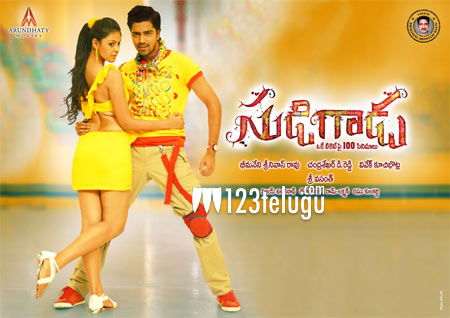 Released in 2012, Allari Naresh and director Bheemaneni Srinivasa Rao’s spoof comedy, Sudigadu, went on to become the highest grosser by collecting nearly Rs 15 crores. In the past, there were reports that a sequel to Sudigadu was on the cards.

In a latest interview as part of the promotions for his recently released sports drama, Kousalya Krishnamurthy, Bheemaneni has confirmed that he and Allari Naresh are keen on making Sudigadu sequel. “Sudigadu is a great concept. We will plan the sequel as soon as we find an exciting story,” Bheemaneni said.

Incidentally, during the promotions for his previous film, Silly Fellows, Bheemaneni had said that he had dropped the idea of making Sudigadu sequel. He said that it’s too difficult to make audiences laugh for 2 hours in the times when hit comedy shows like Jabardasth are ruling the roost in the entertainment scene.