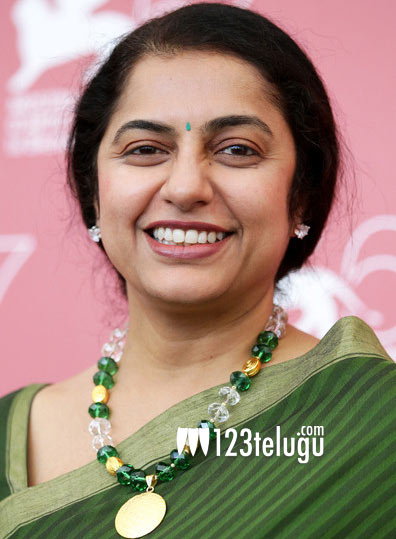 Veteran actress Suhasini Maniratnam will be seen as NTR’s mother in the upcoming action entertainer ‘Baadshah’. The actress has wrapped up her dubbing work for the film and only a few patchwork scenes may remain. Before this project, Suhasini has worked with NTR for the film ‘Rakhi’.

Post production work of ‘Baadshah’ is going on at a swift pace and the movie is getting ready for its release on April 5th. The audio album will be out on March 10th. Kajal Aggarwal is the heroine while Thaman has composed the music.

Sreenu Vaitla is the director of this movie and Bandla Ganesh is the producer.