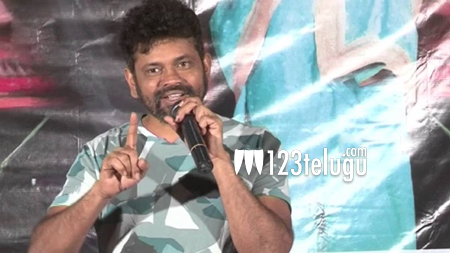 It is well known that popular comedian Srinivas Reddy’s debut film as hero, Jayammu Nischayammuraa, is getting ready to hit the screens soon. It was Sukumar who unveiled the film’s teaser earlier this year as well.

Recently, Sukumar unveiled a song from ‘Jayammu Nischayammuraa, called O Rangula Chilaka. It seems the star director was so impressed with the song, that he decided to sign up the director, Shiva Raj Kanumuri for a film under his banner.

Shiva Raj has not only directed but bankrolled Jayammu Nischayammuraa under his Deshavali Entertainments banner as well. The film stars Srinivas Reddy and Poorna in lead roles.