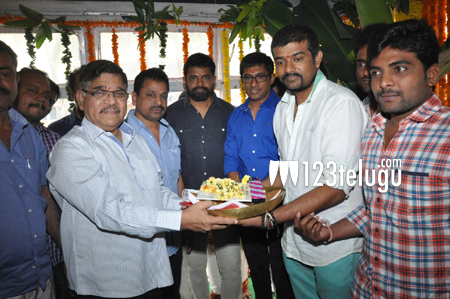 123telugu has already reported that ‘Arya’ fame director Sukumar has turned producer and his first venture ‘Chakkili Ginthalu’ has already completed shooting. Writer Vema Reddy is making his debut as director with this movie. According to the latest update, Sukumar has launched his second venture today at a grand event in Hyderabad. Pratap makes his directorial debut with this film which is titled as ‘Kumari 21 FM’ while ‘Uyyala Jampala’ fame Raj Tarun plays the lead role.