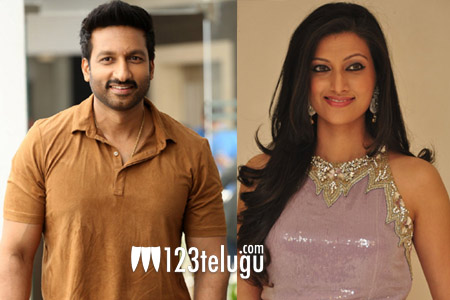 Action hero Gopichand is currently shooting for his 25th project. The film, titled Pantham, is being directed by debutant Chakri and produced by Bengal Tiger producer KK Radha Mohan. Pantham’s second schedule is underway at the moment.

As per the latest updates, sultry beauty Hamsanandini, who was last seen in NTR’s Jai Lava Kusa, will be essaying a crucial role in Pantham. In the film, Hamsanandini plays a rich girl with a lot of attitude. The actress is quite confident that her character will make a strong impact on the audience.

Pantham will be hitting the screens on May 18. Mehreen Pirzada is the film’s leading lady. Malayalam composer Gopi Sundar is scoring the music.