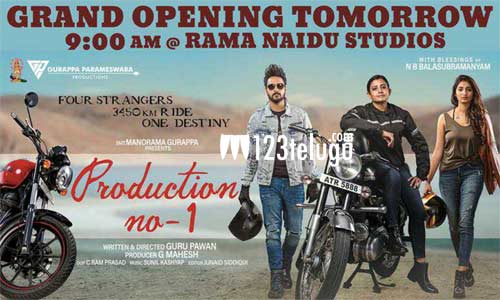 Young hero Sumanth Ashwin has been lying low with a series of disappointing films for the last few years. After a long time, Sumanth Ashwin has signed a new project. This as-yet-untitled film will be launched this morning at 9 am.

Interestingly, Sumanth Ashwin’s new film is a unique road film. The film showcases one crazy journey of four strangers who travel 3450 kilometers until destiny brings them together. Senior actors Srikanth and Indraja will be playing key roles in the movie. Priya Vadlamani is the film’s leading lady.

The film is being directed by debutant Guru Pawan and produced by G Mahesh and Gurappa Parameshwara Production banner. More details will be out soon.