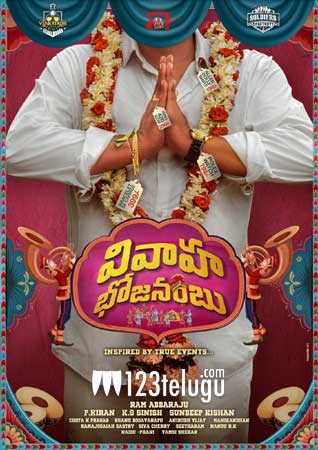 It is well-known news that talented hero Sundeep Kishan is into the food business. He even owns a restaurant named Vivaha Bhojanambu in the plus Jubilee Hills area. In twin Telugu states, the restaurant is successfully running with five branches.

Meanwhile, the latest news is that Sundeep Kishan has announced a new film titled, Vivaha Bhojanambu as a producer this afternoon. The film will be directed by Ram Abbaraju and senior filmmaker Gemini Kiran will present it.

Vivaha Bhojanambu will be produced by Sundeep and Sinish on Venkatadri Talkies and Soldiers Factory. A noted supporting actor will play the lead in this film. More details of this film will be out soon.