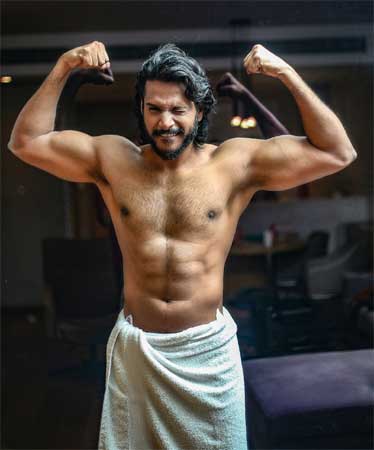 Sundeep Kishan is all over the news from the last few days as he is bulking up for his new film A1 Express that is based on the sport of hockey. The film is nearing its completion and has Lavanya Tripathi in a key role.

Today, Sundeep Kishan posted a six-pack look of himself and revealed an important update. The news is that he and his team are all set to start shooting from tomorrow onwards.

Sundeep has worked very hard on his body and says that his six-pack look will come at a very special time in the film. Well, he looks quite stunning in his new look and we can’t wait for him to show what he is got on screen.

#A1Express
All Set to Be Back on Set tomorrow…
Thank my Mental team for Being as Mental as me to Go ahead & shoot now 🤟🏽
Blessed to have such a dedicated team 🙏🏽#Excited #Anxious #Kicked@AAArtsofficial @PeopleMediaFcy@TalkiesV pic.twitter.com/ZYBq4DzQSD