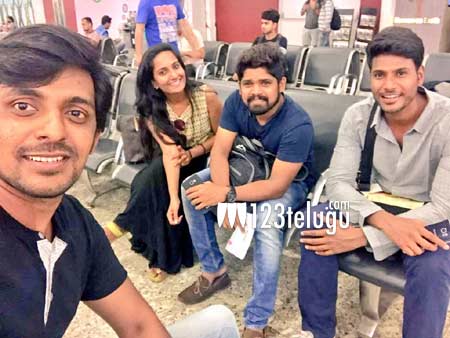 Just recently, we had reported that Sundeep Kishan has landed in Goa to work on a film in the direction of Manjula. The latest news is that the unit has wrapped up its first schedule in no time.

Some key scenes have been shot in this schedule which featured both Sundeep and Amyra Dastur. Touted to be a complete love story, this film is said to have loads of comedy too.

Manjula’s husband is producing this film on his Indira Productions banner. Sundeep himself revealed this news on Twitter. The young hero will now move to London to film his next with Kunal Kohli.

And it's a wrap for the 22 day long 1st schedule of #Manjula Garu's love story 🙂 #Priyadarshi #Abhay #Lanka #Goa pic.twitter.com/M1i33FgA56