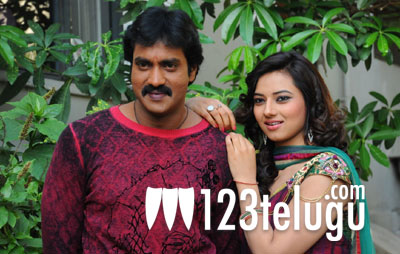 Sunil and Isha Chawla have been working together on a remake of the successful Bollywood film ‘Tanu weds Manu’ for quite sometime now. The movie has now been officially titled ‘Mr. Pellikoduku’ and shooting is almost complete. Only one song remains to be shot and post production activities have started already.

The movie is being directed by Devi Prasad and S.A. Rajkumar has composed the tunes. Recently, some songs were shot in Kuala Lumpur and the final song will be shot in the first week of December in Hyderabad.

The movie is being produced by Mega Supergood Films banner and this film will the 11th production to come out of their banner.